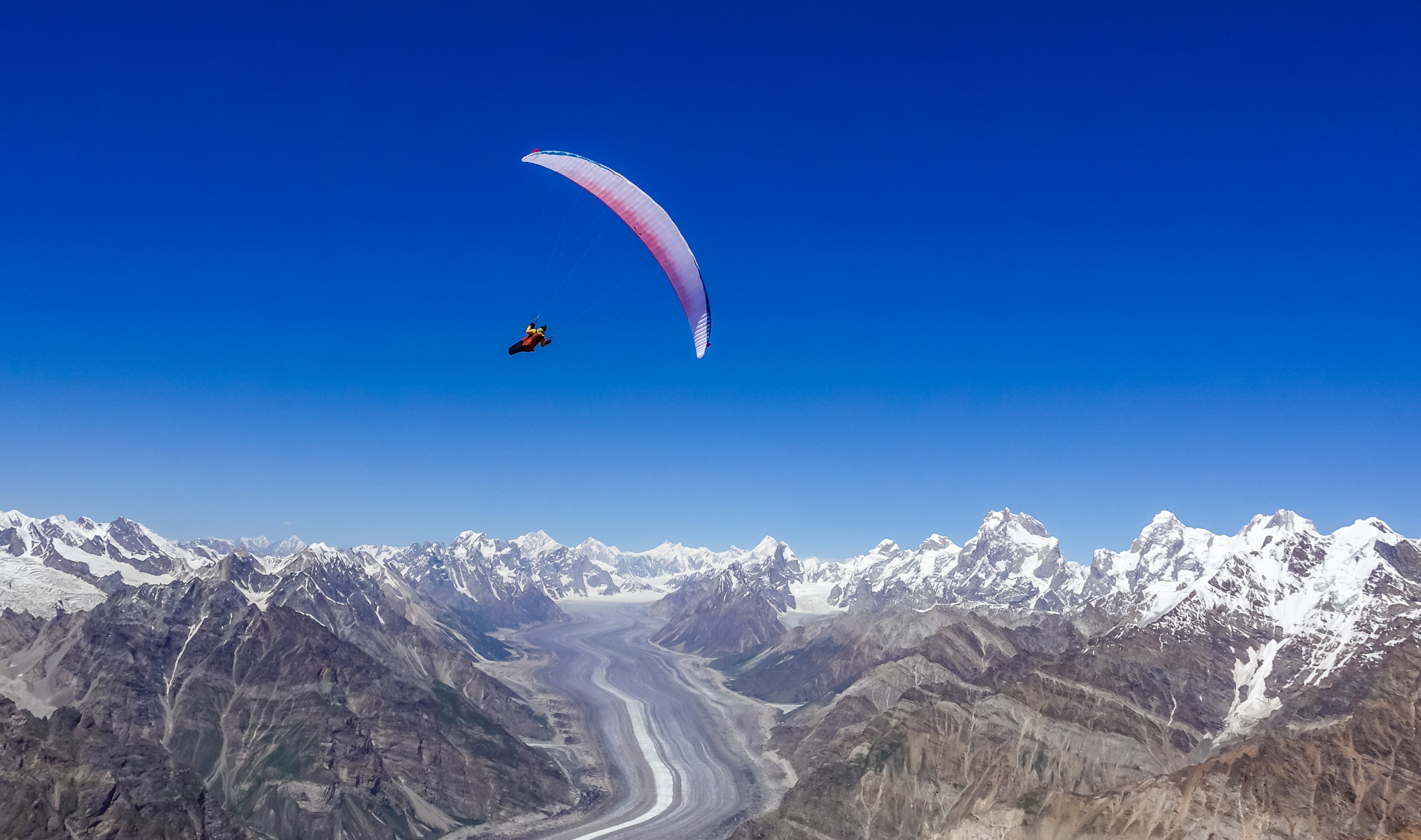 Antoine Girard and Damien Lacaze, a extrordinaire expedition to Pakistan!

The first part of the expedition began at Skardu for a 1000 kilometers flight in Bivouac. Objective of passage, the Nanga Parbat (8 127m), the Afghan border by the south (Chitral), go back to the Chinese border to follow it to Shimshal and finish in Karimabad to take a few days of rest. We have planned 16 days of complete autonomy for this section with bags of more than 35kg at the outset.

The weather conditions are very good from the first flights, we try not to exceed 6800m in flight to respect the period of acclimation. We can go around the Nanga Parbat from the first day.

At the first landing Antoine gets injured at the ankle, which conditions the continuation of the project to no longer have to walk. It is now necessary to ensure each flight and to land at altitude.

The weather conditions require us to fly slightly further north than expected to reach the Afghan border, the ceilings are higher and thunderstorms less frequent.

The first real difficulty is the passage from a col to 5600m to approach the Chinese border. On the other side of the pass, a strong katabatic wind awaits us for 30km and obliges us to ask, fortunately we almost reach the first village.

All this first section goes well and we gradually climb up and up in flight up to 7200m and sleep a little below the 5000m.

On the last day we decide to try to climb high in flight and sleep towards 6000m to further our acclimatization for the next.

Not far from Shimshal we find a thermal that goes up to 7960m, it would have been possible to overtake the 8000m because we stopped before the base of the cloud but we did not know our actual altitude. (The instruments give real time the GPS altitude compensated by the barometer, at very high altitude the data are necessarily distorted. Damien had 7600m and Antoine 7400m). We knew our actual ceiling when unloading traces on a computer.
It is still the second highest flight of thermal and voluntary mounted in the history of paragliding after Antoine's on the Broad Peak in 8157m.
We were at 20m from the world record of elevation gain.

In the evening we sleep in 6100m on a glacier before joining Karimabad for the refuelling.

We collect a bag sent from Skardu with all the mountaineering equipment. The idea is to go paragliding to 6300m on the Spantik (7025m) to reach the summit on foot. Antoine envisages this part of the project despite the broken ankle and in agreement with the doctor, the mountaineering shoes play the role of plaster by immobilizing the ankle. There is only 700m of difference to walk to reach the top.

Bad weather makes us wait a week. During a small weather window we arrive to ask 6200m and we bivouac to 6500m in a snow mole and deep. We leave at night for the summit but bad weather arrives sooner than expected (24h). At 6:00 in the morning we are in 6900m, the wind blows strong and the snow begins to fall. The visibility is reduced to a few meters. It is no longer possible to take off in paragliding from the summit, we also renounce to simply go to the summit which is only 100m with the weather worsening. We are forced to spend another night on the mountain in 6500m.

Weather forecasts are bad for the next few days and snow is constantly falling, hypothetical takeoff in paragliding becomes tricky with almost 1m of soft snow. The descent on foot is not possible on this part of the mountain. Our food supplies and our health that degrades strongly (Antoine does a cerebral edema but remains lucid) forces us to take off as soon as possible to escape this trap. After 30 more hours of waiting, we take advantage of a good face wind to take off in the fog for an instrument flight. We get out of the clouds five kilometers farther, relieved. There are still 35 km of glide to land in the first village.

We are again blocked by bad weather at Karimabad for a week.

It is not possible for us to extend our visas which come to an end as agreed with the embassy. Pakistan still allows us a overstay without a 15-day visa.

At the first weather slot, we're heading south east. We fly over the Spantik (without landing this time) and make a 130 km flight. To the entrance of the Baltoro Glacier. The next day we go flying in the Baltoro with a time constraint and not to lay/walk because of the defective ankle. On the first weather slot we stop at Concordia at the foot of the Broad Peak the ceilings are not high enough to embark on the 8000m. This tracking allows us to evaluate the conditions, the snow is too supplied this year to consider trying the K2.

The second attempt goes better, we go up to 7600m on the Broad Peak (8051m) But the wind is too strong to continue and hope to find thermals. We have to give up the summit.

We have only a short time left before the end of our overstay and the weather is deteriorating. It is not possible to do a new test. We'll fly back to Skardu.

Altogether a trip of 1550km in flight Bivouac, mountaineering up to 6900m and a magical flight to 7960m which is the second highest in the world. 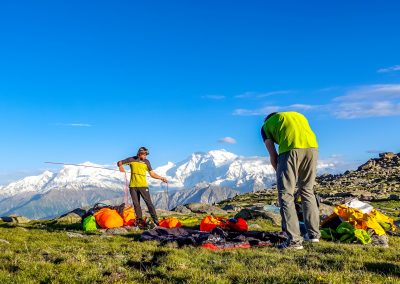 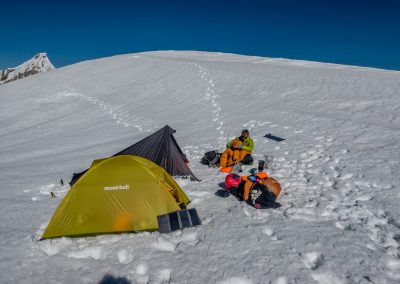 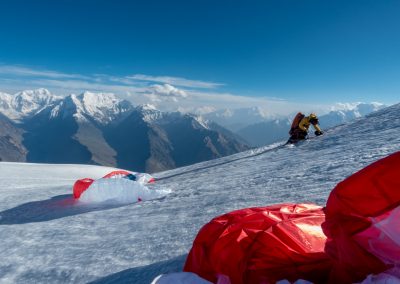 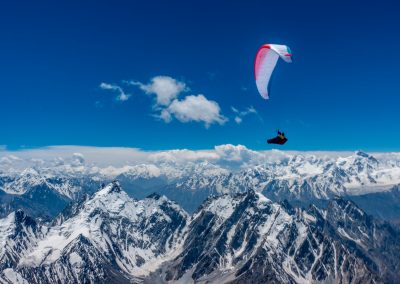 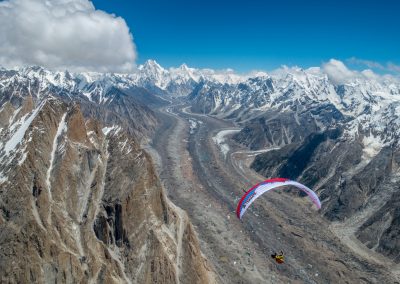 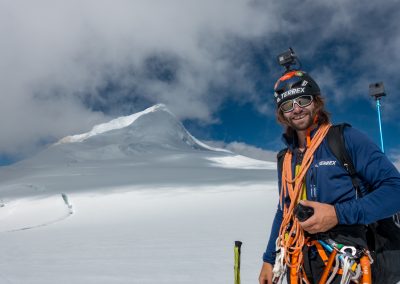 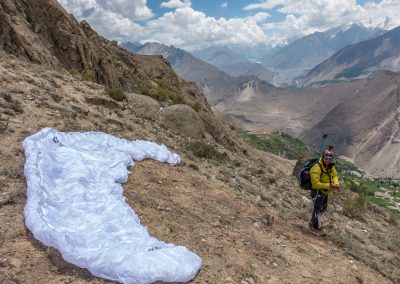 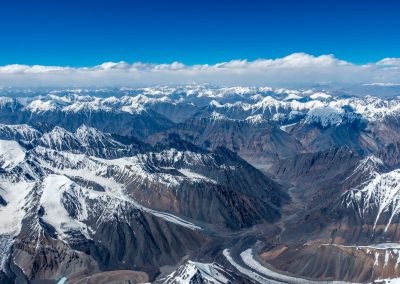 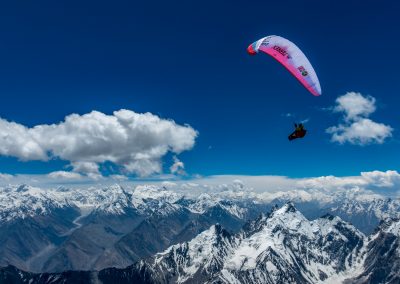 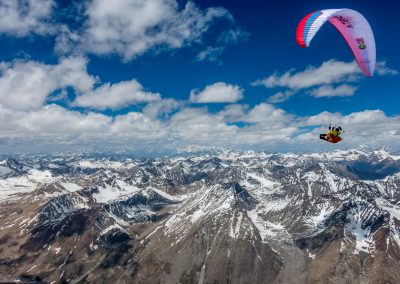 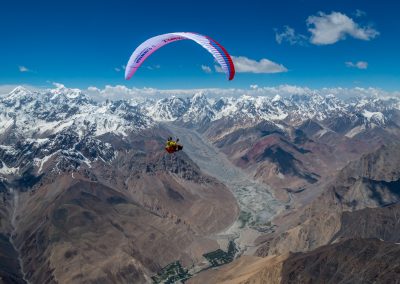 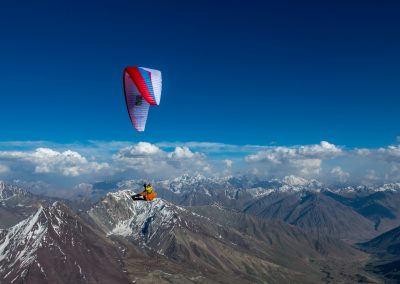 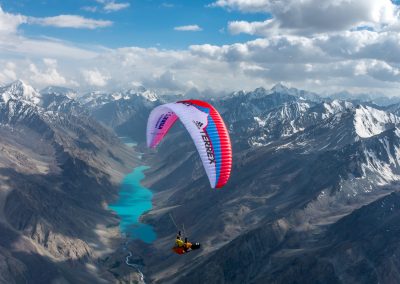 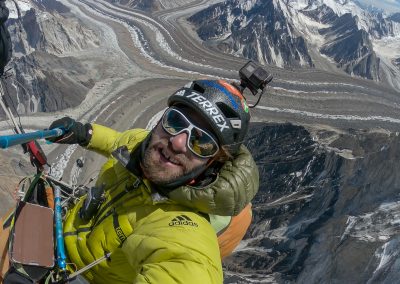 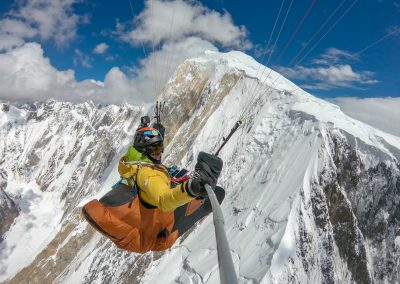 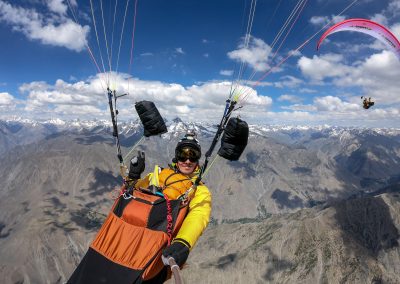 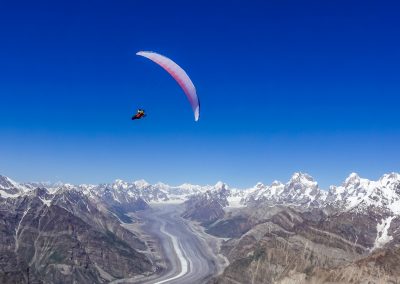 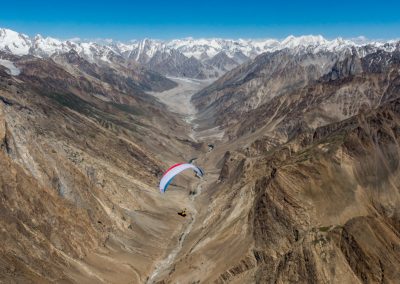 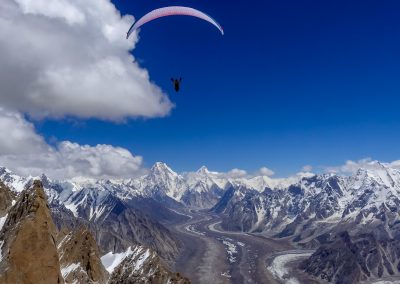 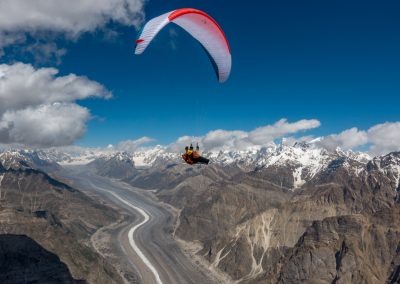 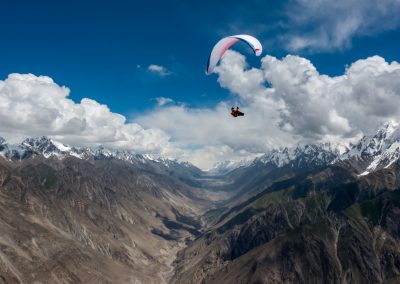 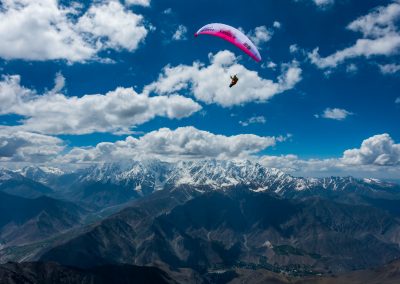 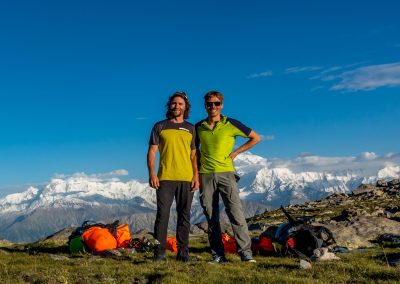