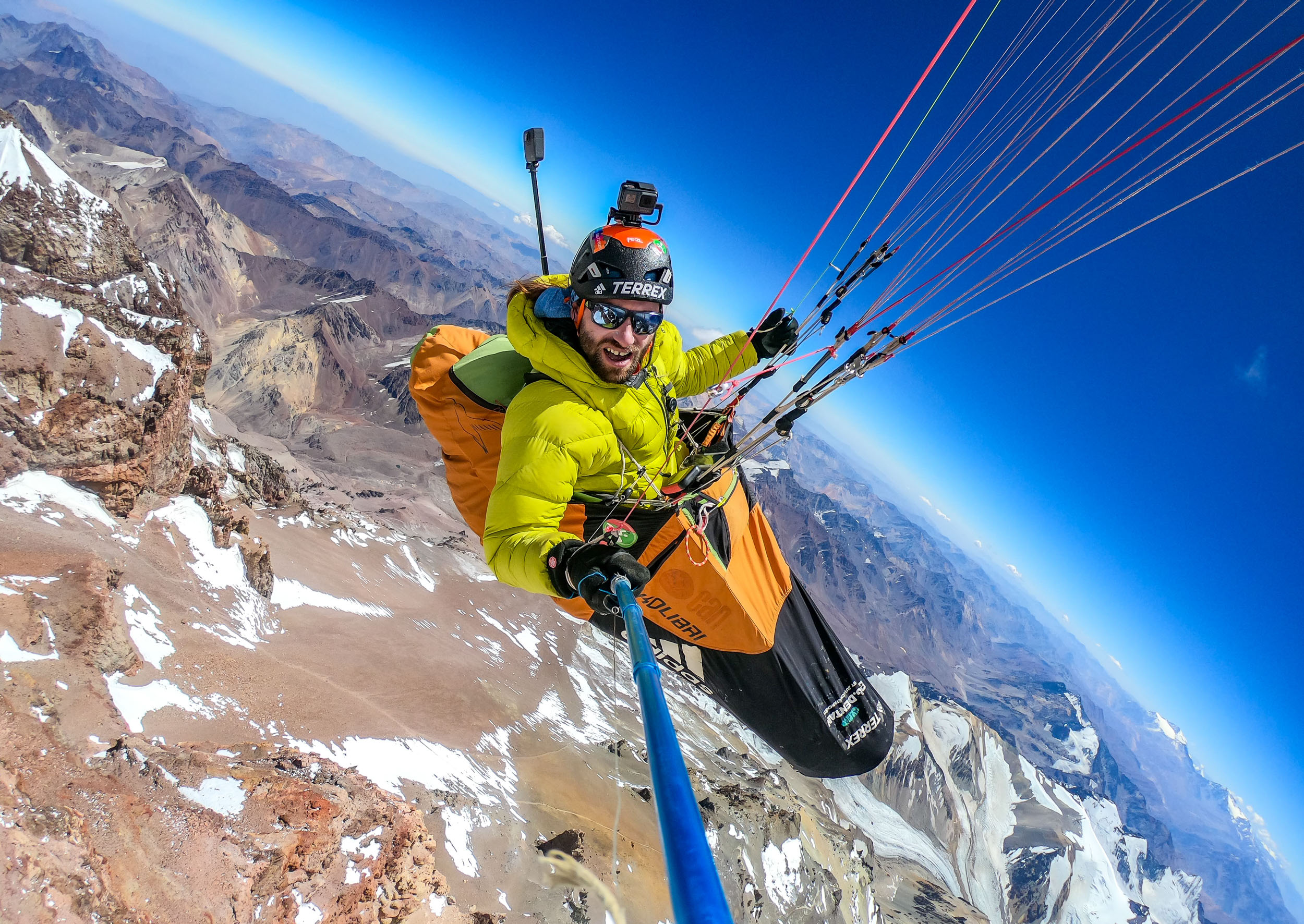 Antoine GIRARD returns from the Cordillera des Andes with a beautiful harvest of raw!

Antoine is always equipped with his harness Kolibri, the same that accompanies him from the beginning!

He tells us this last lonely expedition...

Attempted crossing on February 15. I am not yet rested from the San José but there is only a small weather window of 2 to 3 days without too much wind that is to catch immediately. I decide to leave 20km North of Santiago to save 1 day of flight because the 2 or 3 days are not enough for the crossing project. Departure South of Los Andes on the road of the first successful aerial crossings. On the first day I put almost 6h to join the Aconcagua at 80km from the starting point in conditions of high stability. The top is in the clouds but I manage to fly it to 7203m! I then pose on the mountain at 6500m. The next day I began to climb to the top on foot. I give up about 6750m (200m below the top) because of the strong wind that prevents takeoff. Besides, the cold freezes me both feet and one hand, I have to warm myself to stay safe. At about 13H the wind drops and I can take off at 6450m. I can fly over the top again. It was not possible to put it at the top because of the very strong thermal conditions that day. It was difficult to keep the paraglider open for more than a few seconds! Even the approach of the Summit to watch was difficult and dangerous.

I continue the flight and I arrive on the Argentine trays, on the other side of the Cordillera around 4pm. A wind of 25km/h pushed me all along and I was able to fly very quickly in an intense cold. This is the first successful crossing of the Andes in paragliding! The weather window closed at that time, the winds rose and contrary to my habits, I had to return to Chile on road transport. 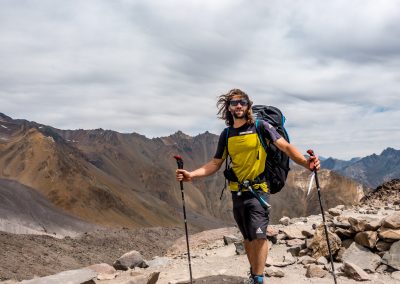 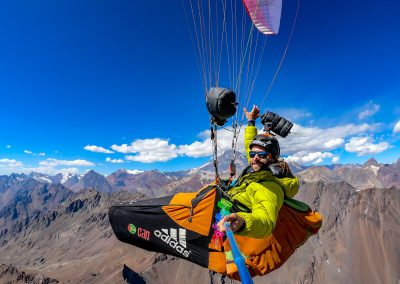 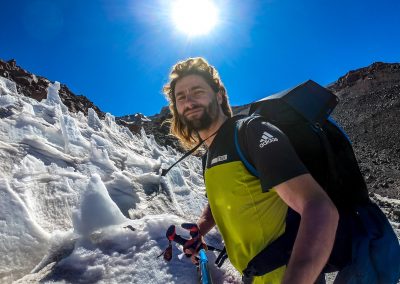 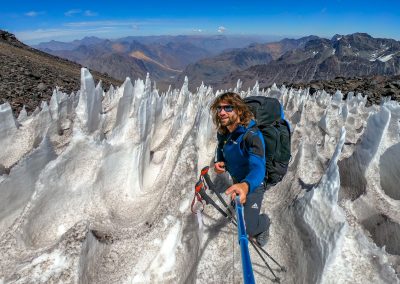 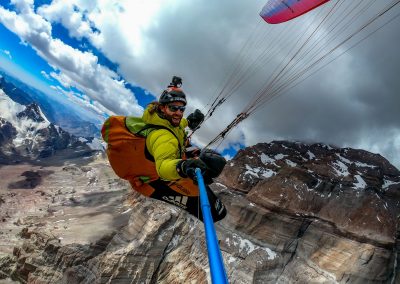 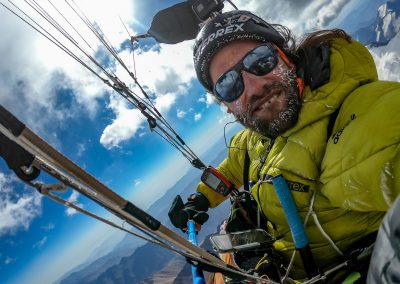 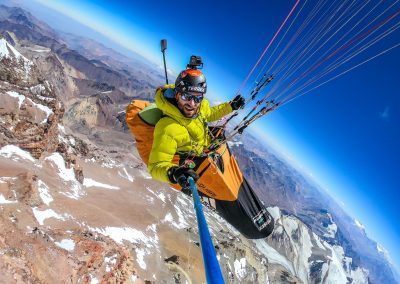 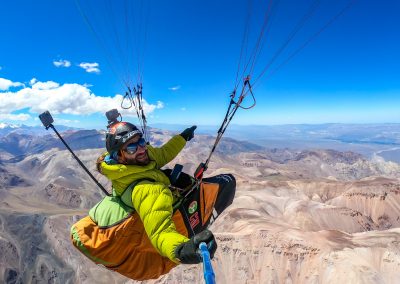 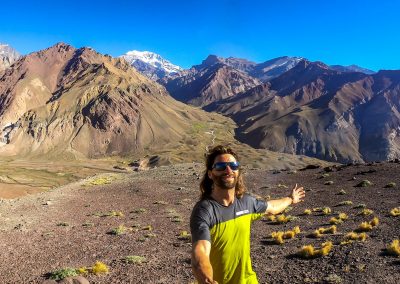 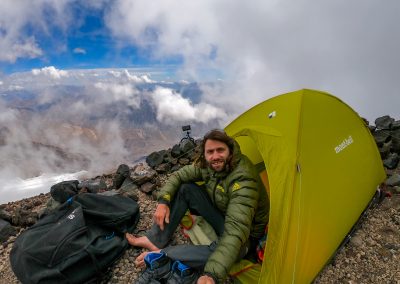 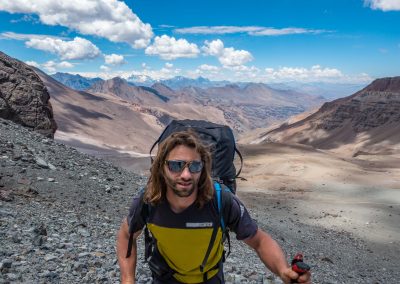 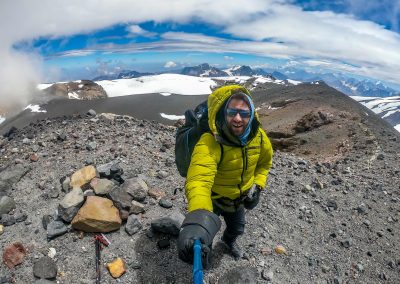