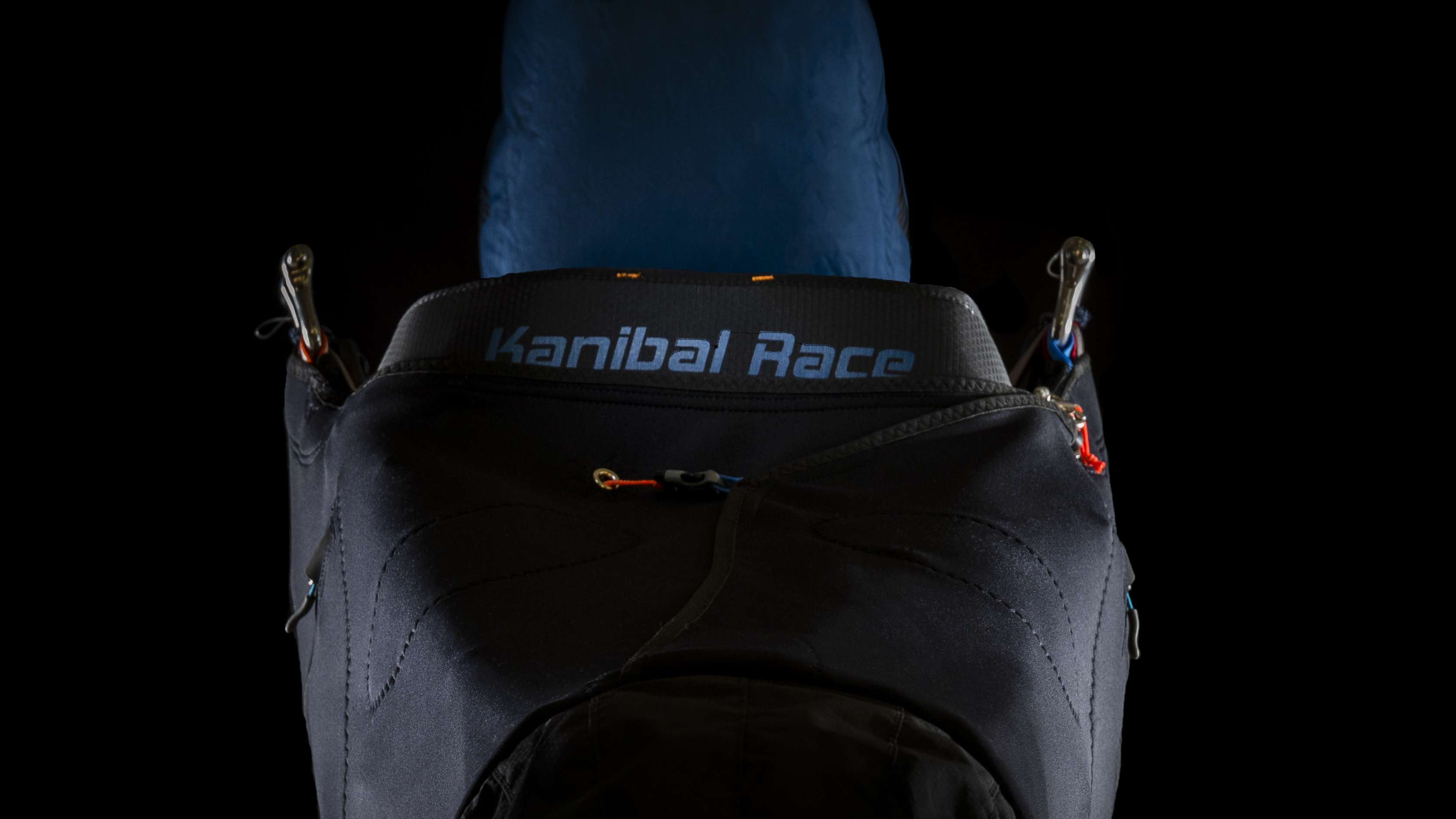 Birth of a harness, the Kanibal Race II

The Kanibal Race II is an exceptional harness intended for high-level pilots seeking the best performance during a World Cup stage or a large scale cross-country flight.

But such a product doesn't just appear on the market overnight...

It is the result of huge number of hours of reflection, of sewing, of prototypes, of tests both in 3d simulation and in actual flight conditions. It's a whole team that has worked for more than five years to offer you this product. 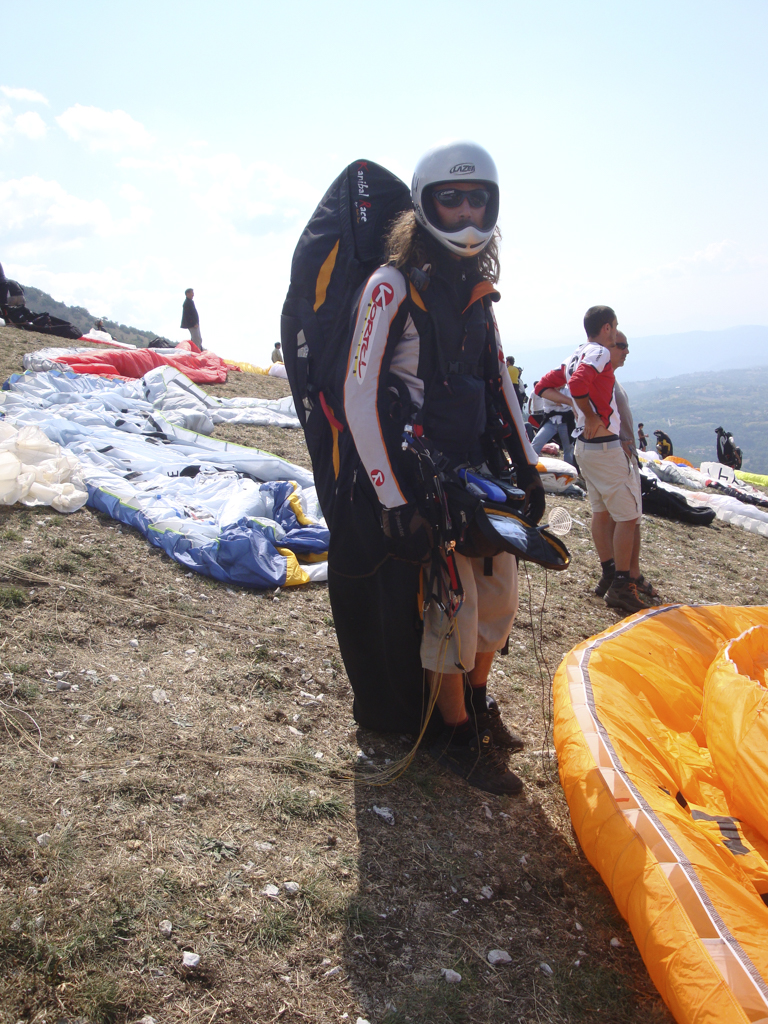 The first prototypes are even older than 5 years, as seen in this photo of Max in 2009 during the finale of the World Cup in Italy, with a prototype chassis based on a Kanibal Race!Inside that prototype, the early stages of the in-flight adjustable damping system which now come standard in the Kanibal Race II 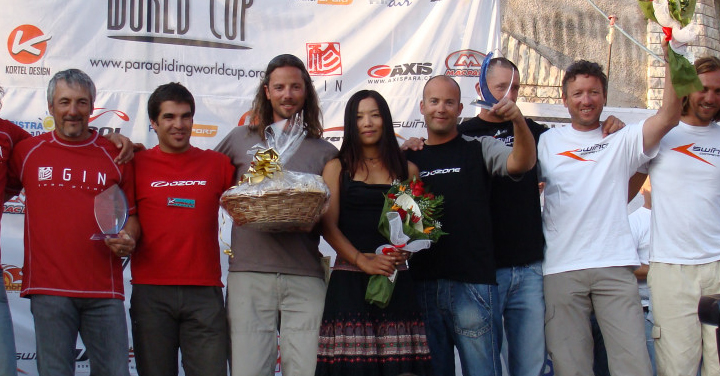 For the record, the Kanibal Race was on the first step of the PWC Super final podium, man and woman (with Charles CAZAUX and Keiko HIRAKI), and Kortel Design in the 1st place per team!

It is impossible to capture in a few lines all the stages of design of this harness, the hours spent turning around a prototype to find a solution to an unwanted fold, or the ideal placement of a reinforcement.It is equally unthinkable to make you appreciate the moments of doubt when a problem (no matter how small!) persists and prevents a resolution, until finally a  deliverance and this famous solution revealed! 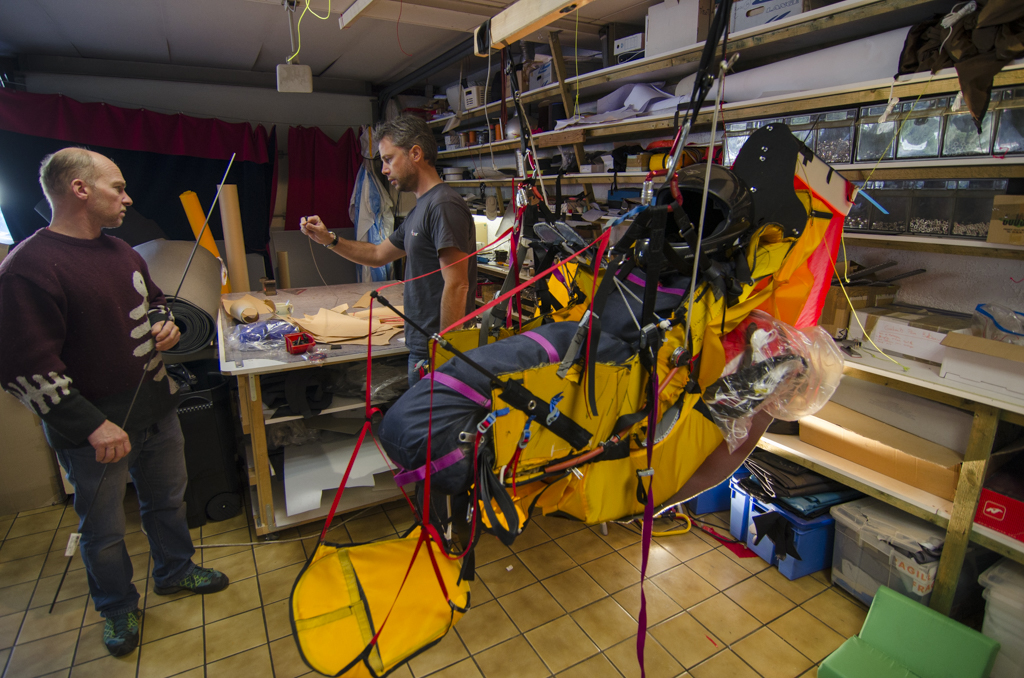 The technical resolution of a problem can also come from the use of existing components (trims, metal loops, or other), but at Kortel Design, we do not hesitate to design our own fittings and to get them fabricated according to our own specifications, to best meet our needs when manufacturers catalogs do not suit us! 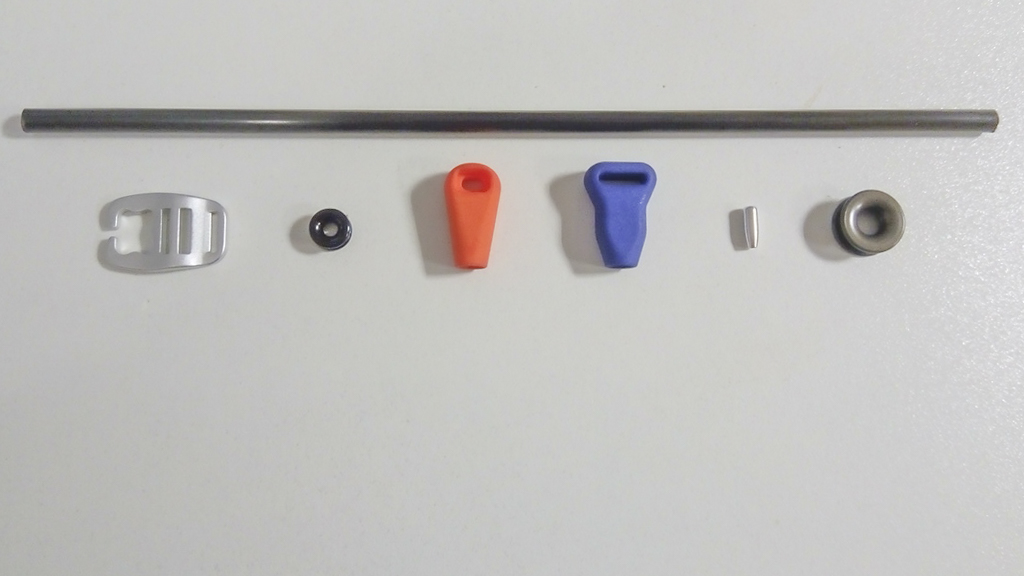 The frame of the harness is its chassis. It seats the pilot with maximum comfort, and gives him control of the wing. It has to transmit all the relevant information for the pilot to sense the airmass, to react with the right movement at the right time. The harness is really the link between the pilot and the wing, and must be able to transform the intent of the pilot into an action on the wing. It is the "active" control in the harness. 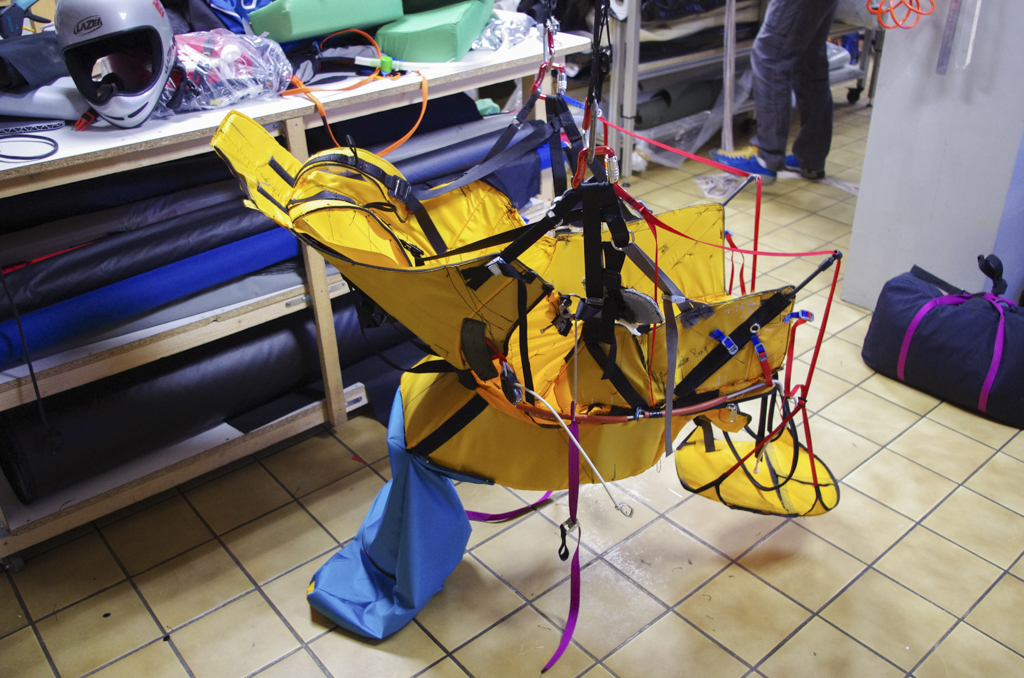 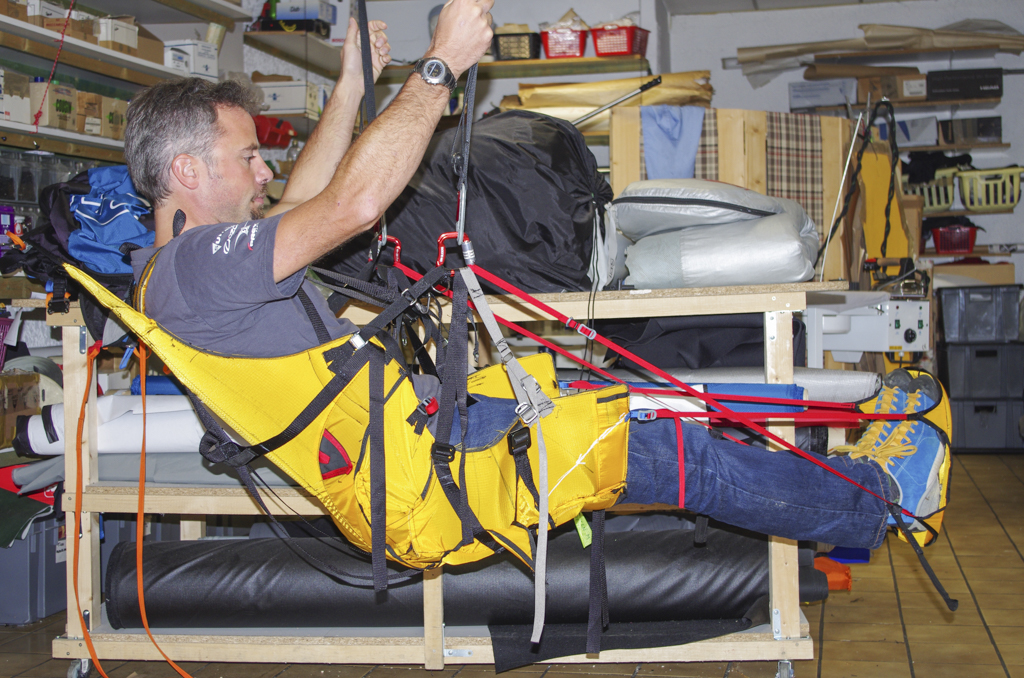 Once the chassis seemed suitable (but it can change...), we started the design of the dressage, i.e. the whole external part of the harness including the protections, kocoon, pockets, profiling,...3d modeling then comes along to optimize the shape of the ensemble in different flight configurations. 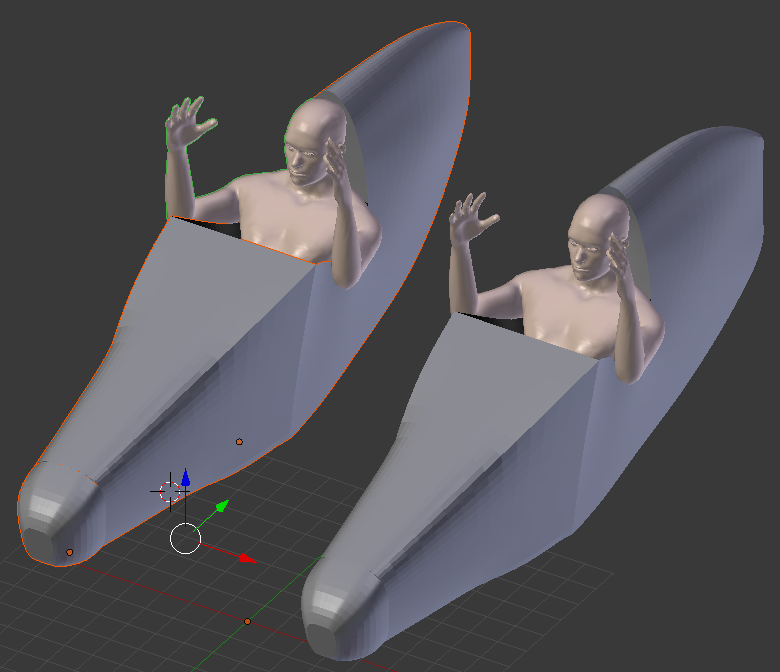 Over 435 hours of CFD  (Computational Fluid Dynamics) calculations in 3d flows were carried out to validate the final form of profiling, in order to obtain not only the lowest drag, but above all the greater tolerance to variation of incidence. 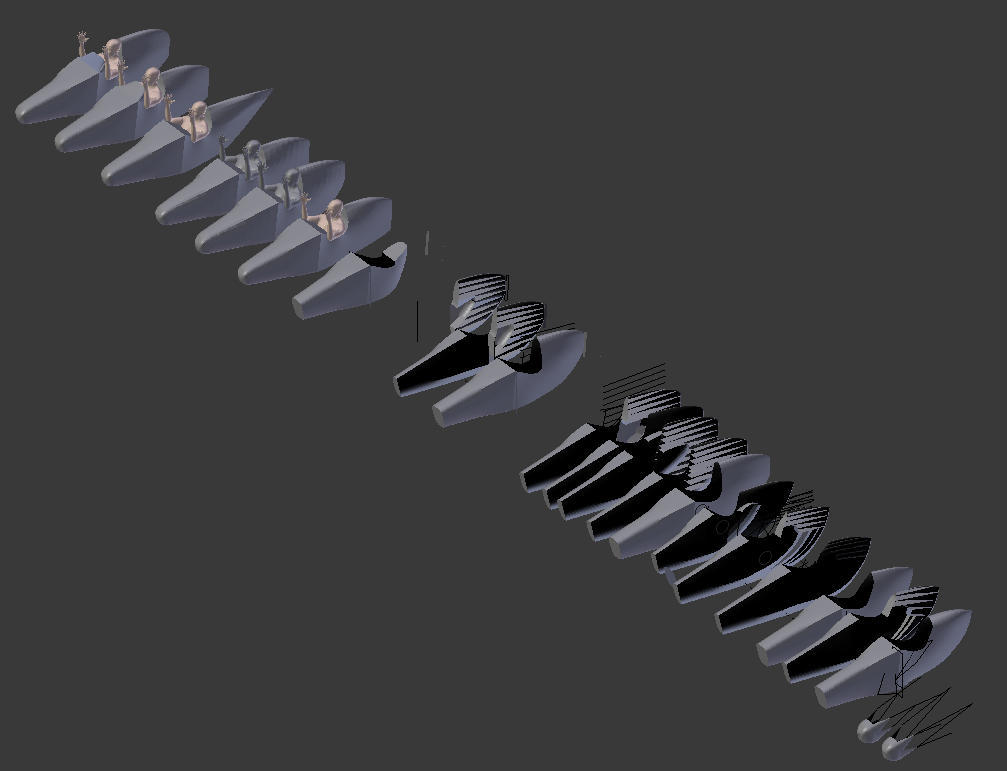 It is very complicated to determine the best profile, because a simulation gives a result only for 1 given position, but it is clear that in reality (in the air) the position constantly changes (incidence, yaw, pitch, roll...) and that a "perfect" profile for one position can prove to be much less efficient for a modified angle of incidence of a few degrees. It is therefore necessary to determine an "optimum" profile, which can not be perfect in all situations, but the best possible in these same configurations.

A big job had already taken place in 2001  which led to this article on The aerodynamics of the harnesses.

3D CAD drawing computer is useful, but then we have to make sure the parts are feasible in sewing!Many prototypes are then made in "moulding", to determine the different flat pieces which will yield the appropriate 3D shape once assembled. 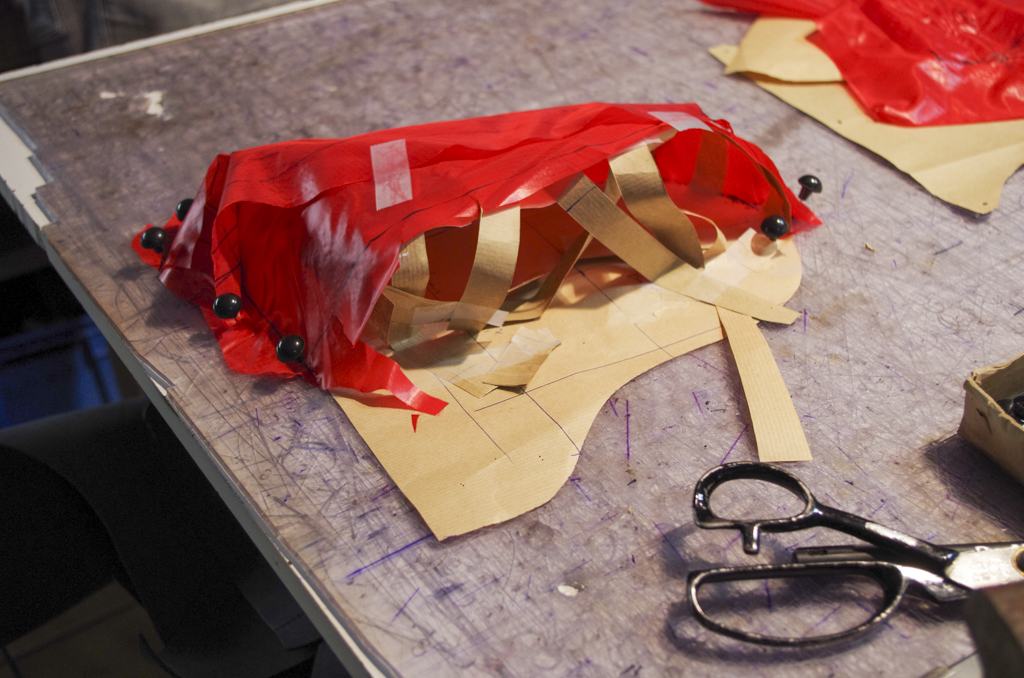 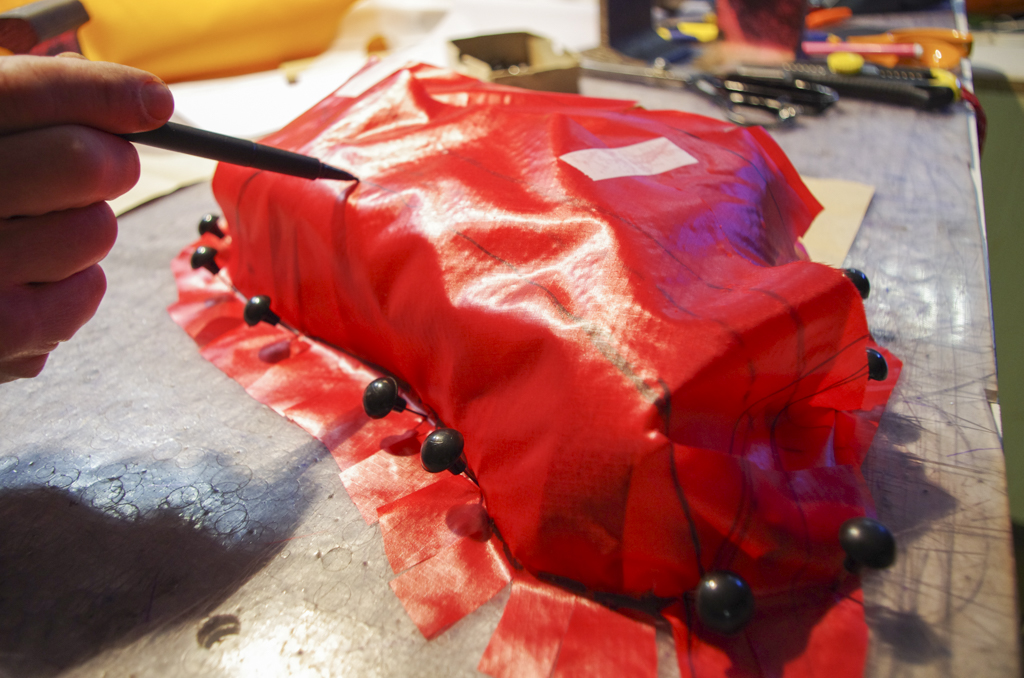 The final assembly of the harness can then begin: Chassis + Dressing.These prototypes allow us to check all the steps, but also to start flying to confirm all the technical solutions in the real world. 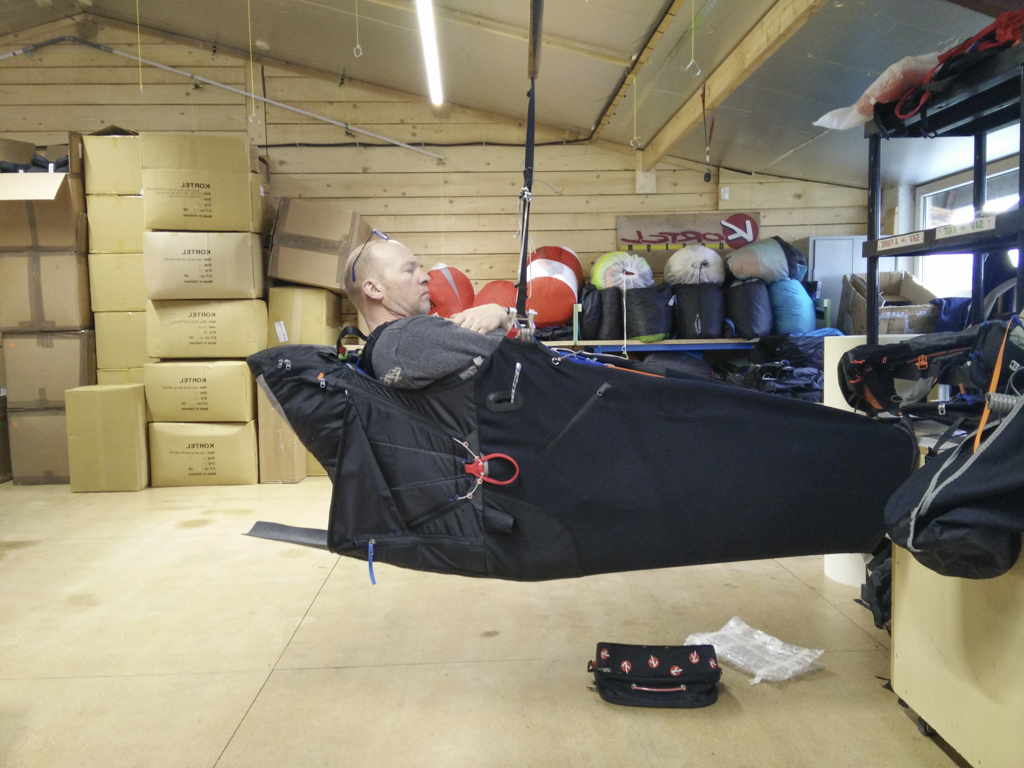 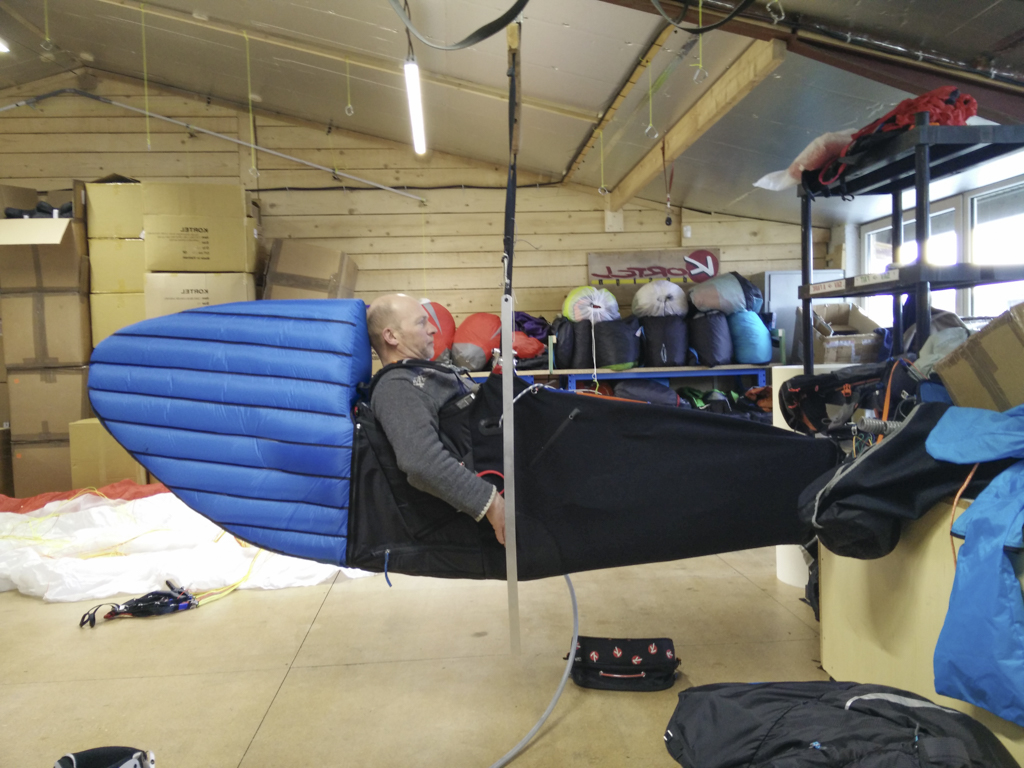 These are 18 complete prototypes that have been assembled, including 13 flyable models and 5 lab models. Remember that  it takes about about 100h of work to assemble  a complete flyable prototype...We estimate over 2000h of production in workshop for this harness...

When a final prototype seems to give satisfaction (but it can still change!!!) in all the relevant parameters, the first design sketches begin to emerge to dress the different parts of the harness. 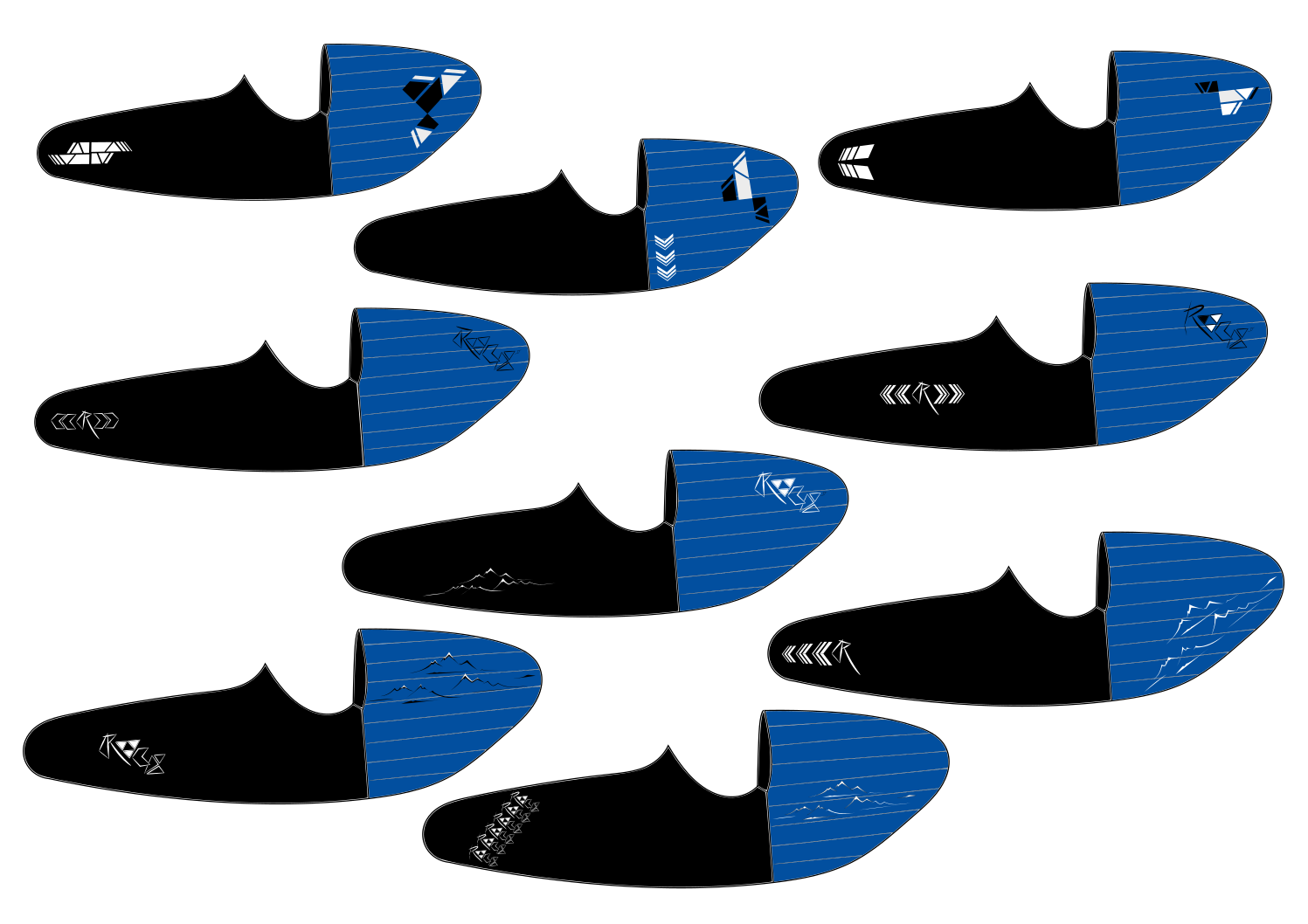 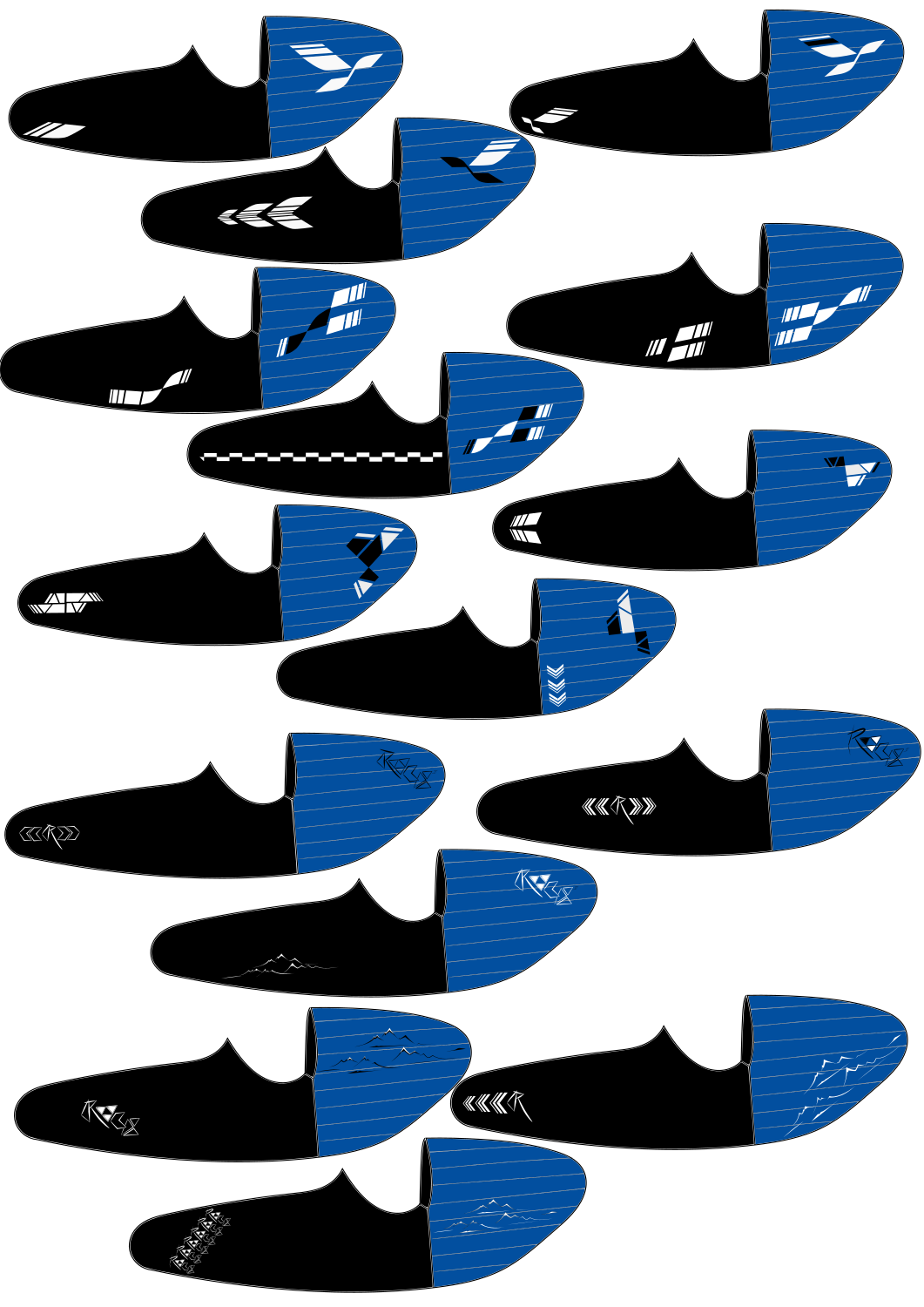 To sum it up, it is a super dedicated team (5 people) who gave it all they could to offer you this exceptional product, and who we are sure will give you the best to reach the best level in the World Cup, or make wonderful cross country flights throughout the world... 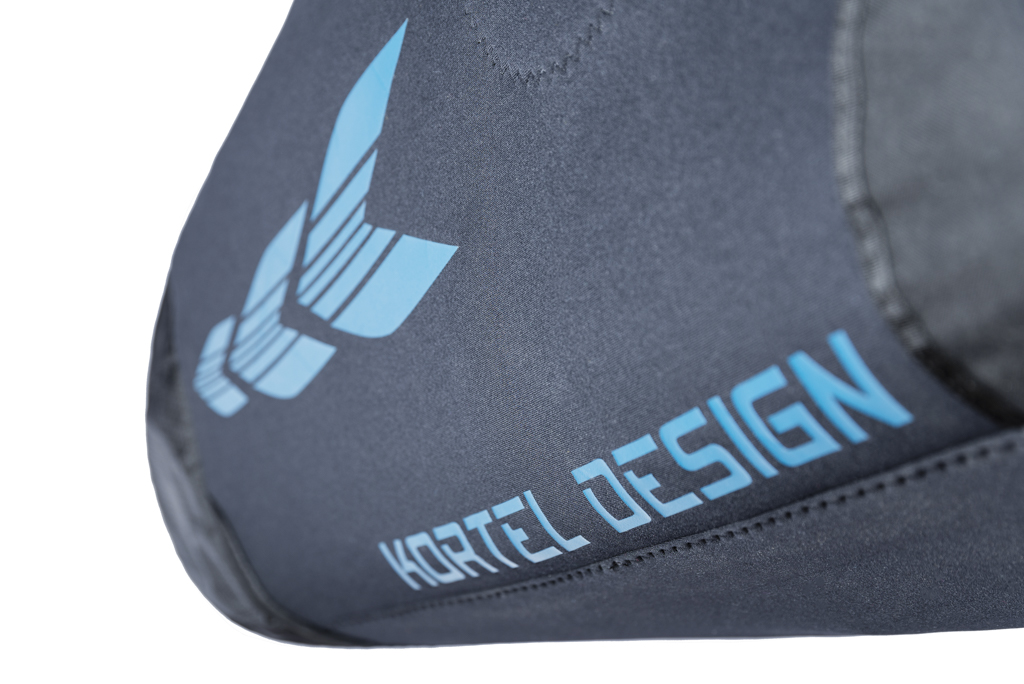 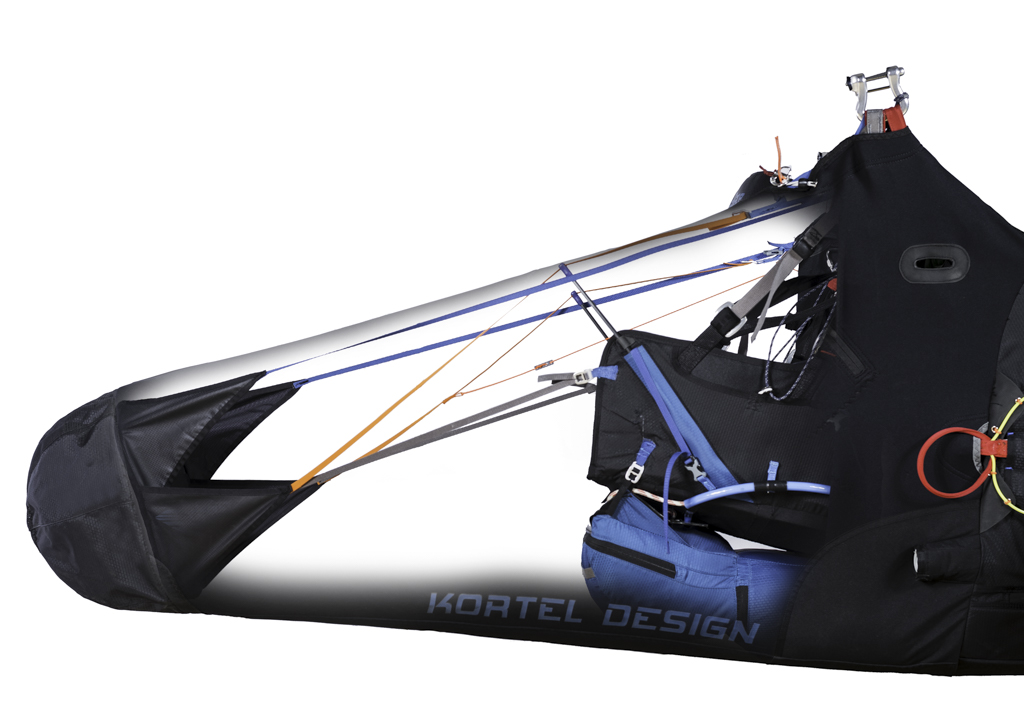