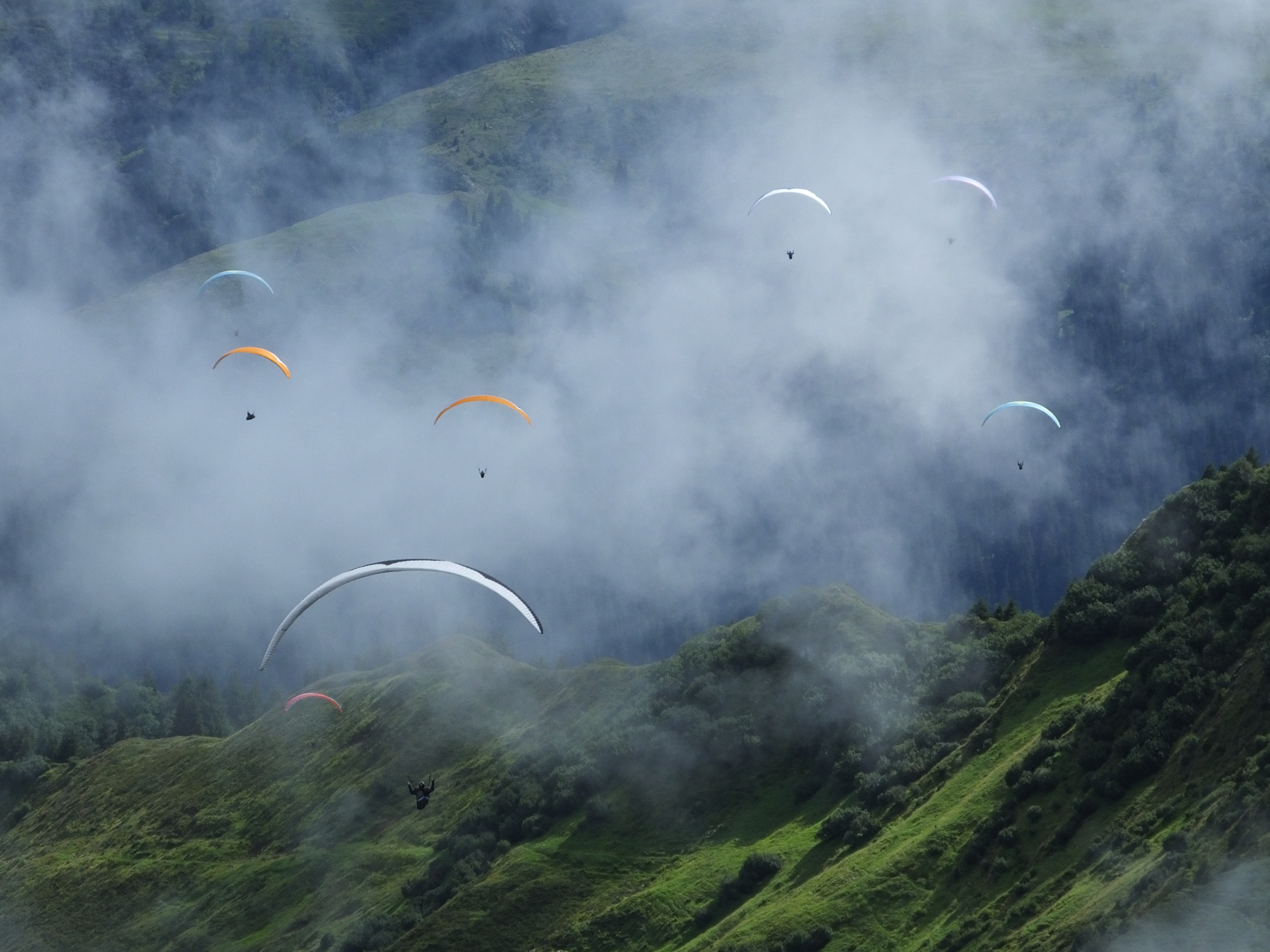 Paragliding World Cup Disentis, August 16-22, 2020.
Better late than never, the World Cup season will start in Disentis on Sunday August 16.
The pilots will fly in a region strongly influenced by valley winds and with a very complex aerology. The flying style can be quite close to the terrain. The most successful pilots are those who truly understand the air mass movements on and around the mountains.
The event will bring together 14 Super Final, World Cup champions, who will all be trying to prove their potential: Stefan WYSS, Torsten SIEGEL, Honorin HAMARD, Charles CAZAUX, Baptiste LAMBERT, Joachim OBERHAUSER, Michael SIGEL, Andreas MALECKI, Felix RODRIGUEZ, Stephan MORGENTHALER, Alfredo STUDER, Marco LITTAME, Michael KÜFFER and Luc ARMANT.
Deep in their cocoons, almost a third of the pilots who will participate in the competition are graded with A's!
Even more impressive, 7 of the 9 women competing have already won the women's title: Laurie GENOVESE, Seiko FUKUOKA NAVILLE, Méryl DELFERRIERE, Silvia BUZZI FERRARIS, Constance METTETAL, Yael MARGELISCH and Emanuelle ZUFFEREY.
But above all, Disentis 2020 is going to be a fantastic meeting of old friends, long-time rivals, new World Cup drivers and drivers' families. Fathers and sons will compete against each other (Cyril and Baptiste LAMBERT/Koen and Aron MICHIELS). Brothers trying to outdo each other (Thomas and Nicolas DINH), sisters trying to outdo their brothers (Constance and Simon METTETAL). The famous couples Clement and Yael/Nanda and Hansjörg WALLISER will be in the thick of the competition, determined to be the first to arrive at the goal, knowing that the last of the couple must always do the dishes!
Disentis 2020 will also give the pilots a sneak preview of the latest Gin Boomerang RFC (Ready for Certification) glider tested by Torsten SIEGEL.
Once again, Kortel Design will present one of the strongest teams in the competition: Andreas MALECKI, Baptiste LAMBERT, Rémi BOURDELLE and Laurie GENOVESE.
The only thing none of them will be able to surpass will be the breathtaking alpine landscape.
While enjoying the only opportunity they have this year, the World Cup is looking forward to being reunited with the rest of our racing family in some of their favorite places in the world as soon as possible.
Follow the live commentary, tracking and television of the World Cup on our new website