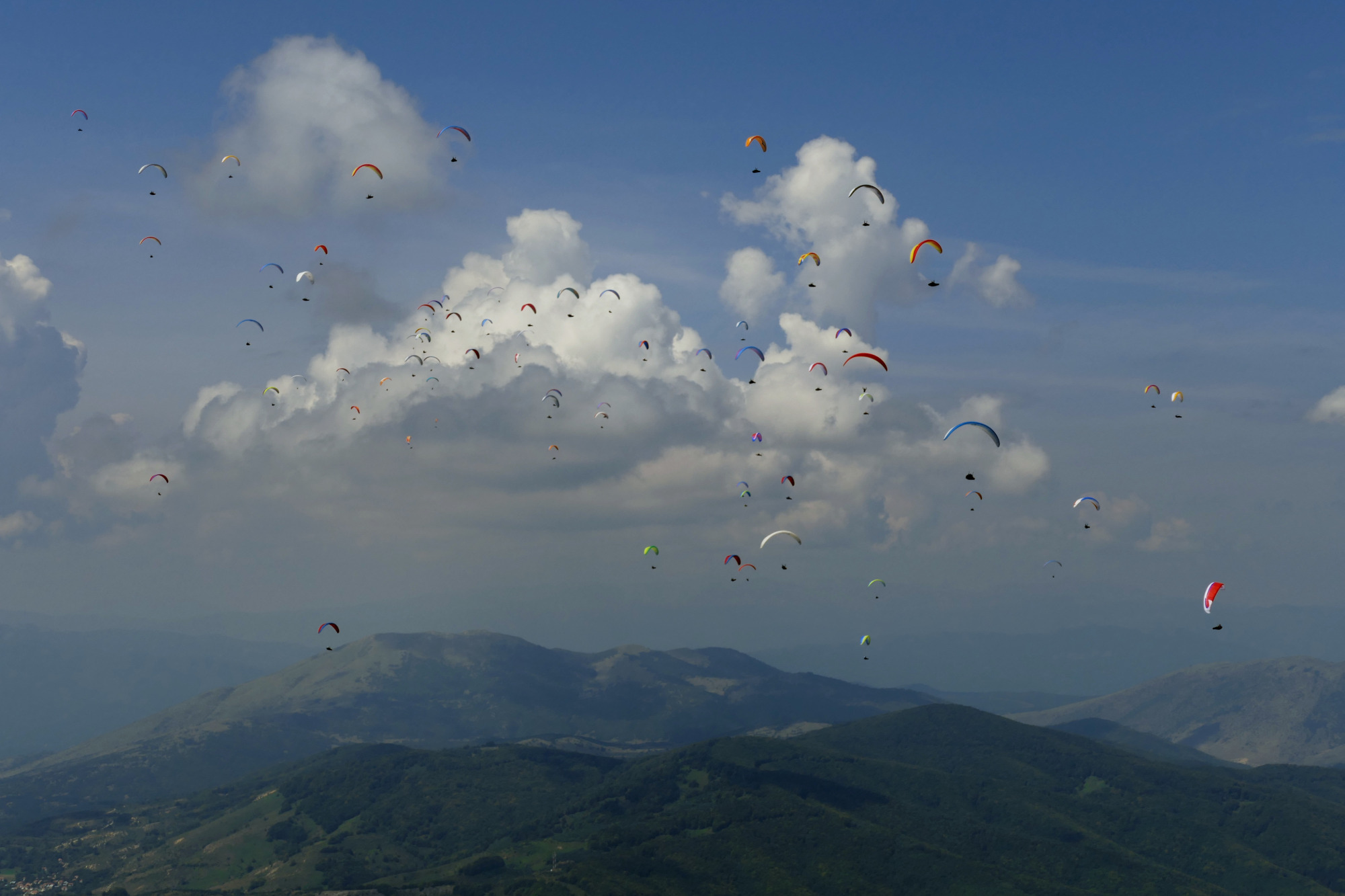 The 16th FAI World Paragliding Championship will be held in Krushevo, Macedonia from 5 to 18 August 2019.

Located at 1350 m above sea level, Krushevo is the highest town in the Balkans and the ideal location for this year's World Championship; the plains in front offer a perfect paragliding terrain.
Krushevo has built up an excellent reputation as a base for national and international paragliding competitions over the past decade and is a very worthy venue for this prestigious event.
This year we are celebrating the 30th anniversary of the Paragliding World Championships.
The world's best pilots come from all over the world, with 150 pilots from 48 different countries, bringing together friends of flight from as far away as Argentina, Japan, Iceland and New Zealand.
Six former world champions will participate: Pierre Remy (2017), Honorin Hamard (2015) and Charles Cazaux (2011). And for the women: Seiko Fukuoka Naville (2015, 2017), Klaudia Bulgakow (2013) and Petra Slivova (2003, 2007, 2011).
The top 15 Europeans in 2016 in Krushevo will be gathered here once again for what promises to be an amazing competition.
Remember that you can follow all the action on http://pgworlds2019.mk where you can read the live commentary, follow the drivers on the tracking, follow all the scores and relive each round in video.