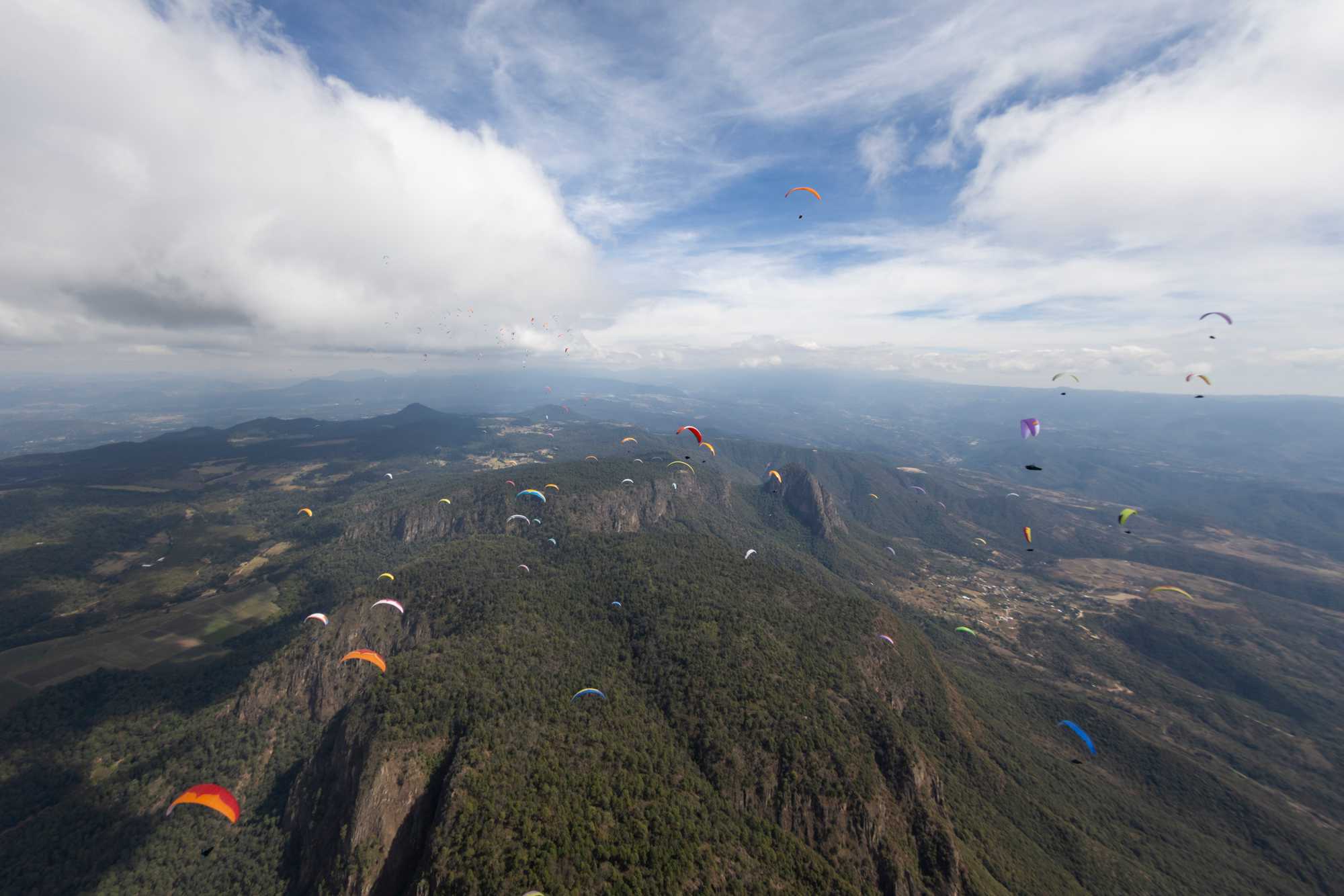 From December 6th to 17th, the world's best pilots will meet in the skies of Valle de Bravo, 150 km West of Mexico City, for the last event of this 30th anniversary year of the Paragliding World Cup.
El Peñón, Temascaltepec is a well-known competition site, having previously hosted two World Cup Super Finals (2011 and 2015). It is famous for its consistent and reliable flying conditions. The best time to fly is from November to May, with the XC season getting off to a good start in December, when conditions allow for 100 km triangles with 4000 meter ceilings.
The take-off was enlarged in 2008 for the World Championships. It can accommodate four wings at the same time and allows 150 pilots to take off in less than 40 minutes.
There are many favorites to win this year's title, from local pilot Manuel Quintanilla, to one of the 21 participating pilots who have already won a World Cup. These 21 pilots have won a total of 39 World Cups!
5 pilots in competition have already won the Super Final: Luc Armant (defending champion), Charles Cazaux, Pierre Remy, Aaron Durogati (twice!) and Maxime Pinot.
Not to mention the 5 world champions and 4 European champions who will be there to try to win this ultimate title.
Even more impressive is that out of the 15 women competing, 9 have already won the women's ranking. They sum up an incredible number of 46 World Cups!
3 have already won the Super Final: Meryl Delferriere, Seiko Fukuoka Naville (defending champion and three times winner) and Keiko Hiraki.
These 3 women alone hold 9 world and European titles.
The winner will be crowned with the most prestigious title in paragliding history, in a sky where half of the pilots have an A letter, the highest possible qualification letter. In other words, almost half of the participants have placed in the top five of a World Cup or have won an event!
Find profiles of our top pilots on Instagram and follow live commentary (now available in 8 different languages), scoring and tracking at live.pwca.org and pwca.org.